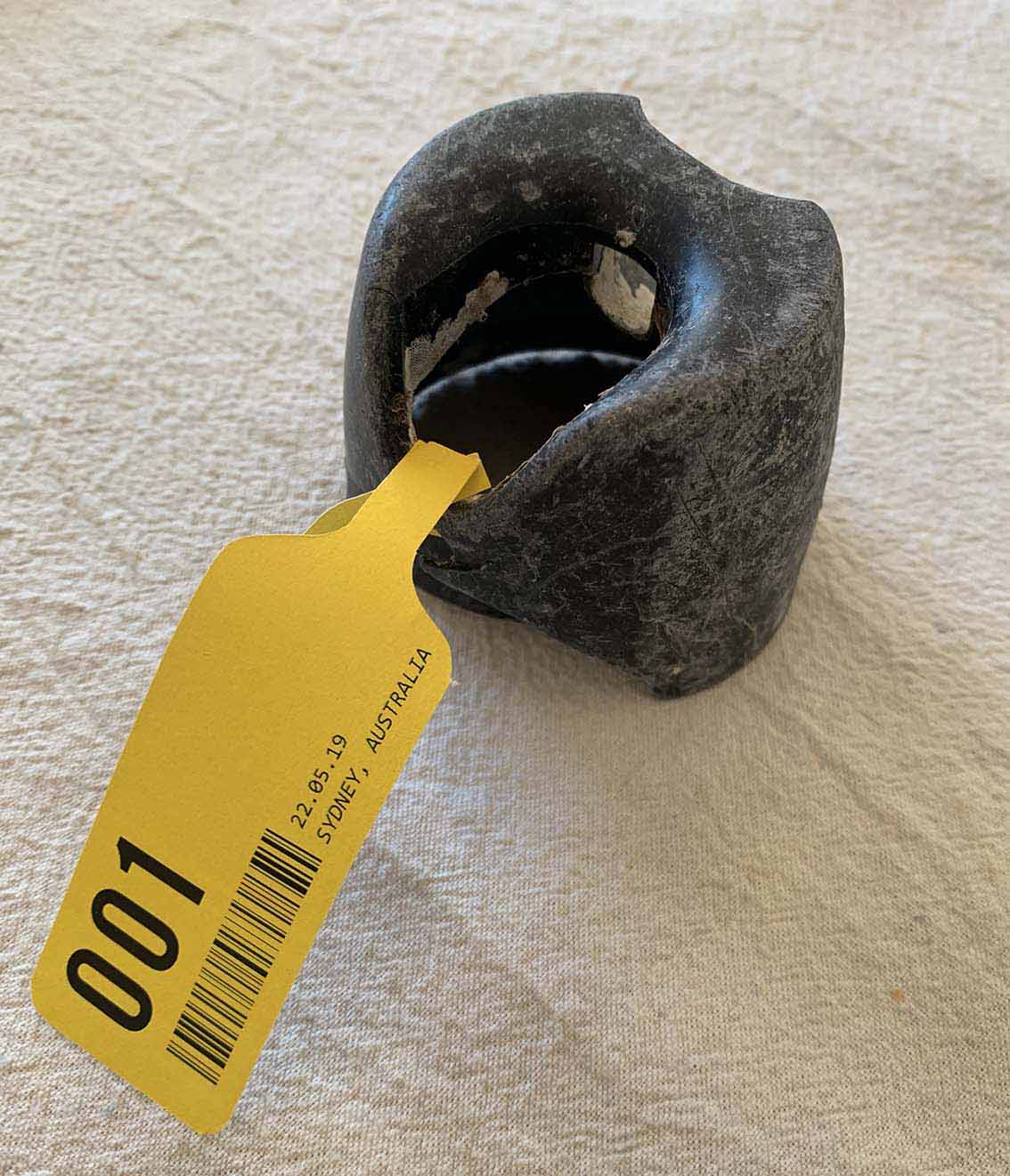 This experiment proposed the creation of a never-ending, automated system that documents the deep multi-generational lifespan of plastics. It sought to unsettle and de-centre consumers with the definitiveness of forever—consequently opening up understandings that plastic is not disposable.

This experiment responds and thinks through the questions posed in the reflections of Experiment: From here to there; of where these plastics might be in a future where I no longer exist. It also continues this idea of a generative, self-sustaining system discussed in Experiment: Growing algae. 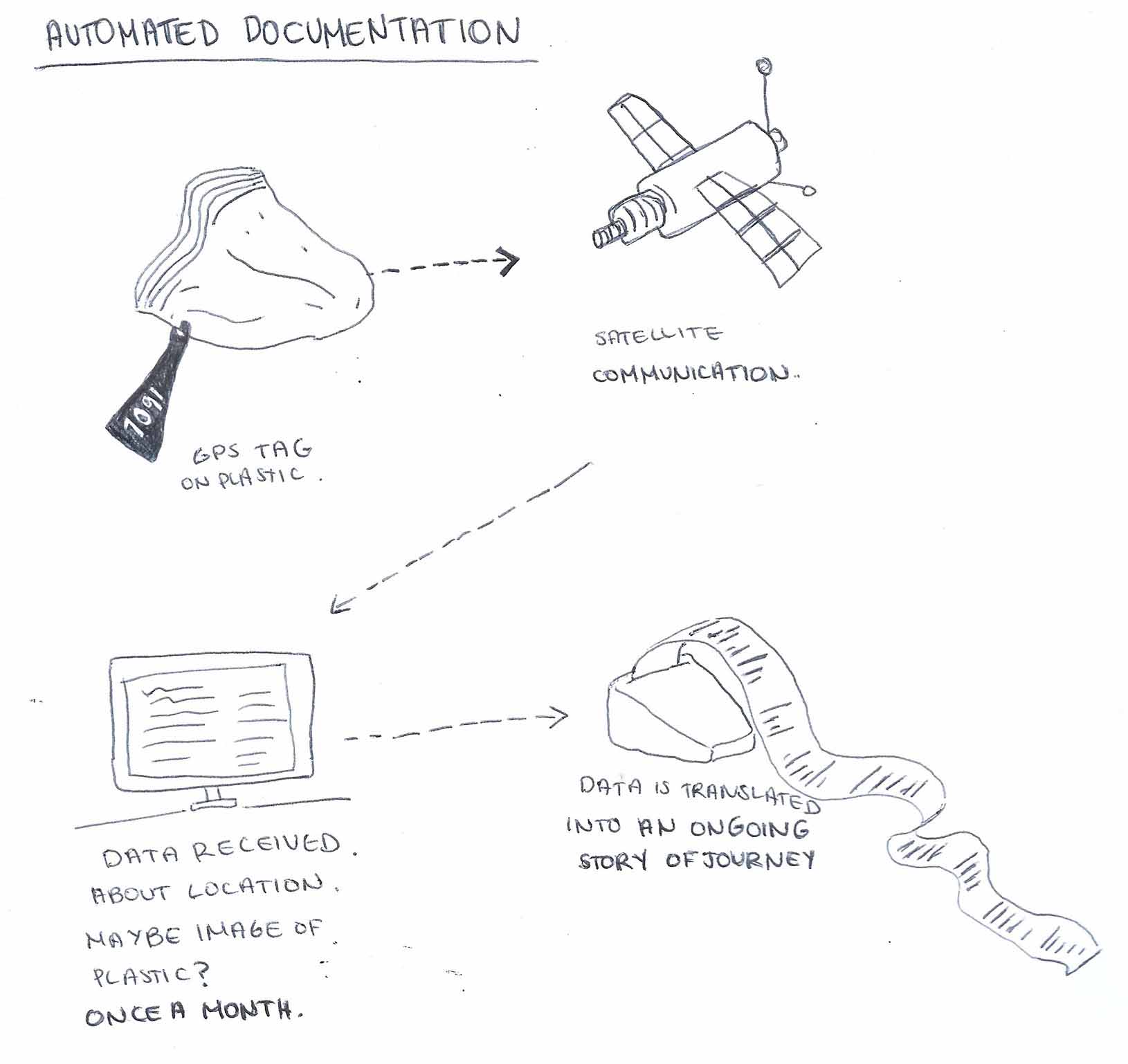 A speculative scenario was drafted whereby an automated system would tag and document the location and physical appearance of plastics in the ‘wild’—much like how scientists today tag wildlife species to monitor populations. This speculative system would be self-sustaining once running, automatically generating records of these movements and letting the plastics tell their own story of use (Figure 40). However, this was revealed to be impossible given that the technology to track plastics are still human-constructed and need human maintenance such as electricity and satellite signals to function. The aim hence shifted from building a working system to creating stories about a world where such a system existed. This was storyboarded into a potential film output (Figure 41).

While the creation of a story that explored deep future time did serve to unsettle and open up an internal consideration of the multi-generational reality of plastic waste, I had to question what the purpose of documenting these plastics would be to humans today; would this story prove significant for them and prompt reflection? Or would it be overshadowed by the obviously fictional and logistically impossible design of the technology? The limits of using fiction within this research project thus became clear.

The problem with this experiment was that it was too removed from human perspectives. The longevity of plastic and the way it continues to exist outside of human lifespans cannot be visualised and accessed without first providing a human point of access; a connection that can then be followed and explored to build towards explorations of deep time futures. More experimentation about how to package and present these stories was needed.