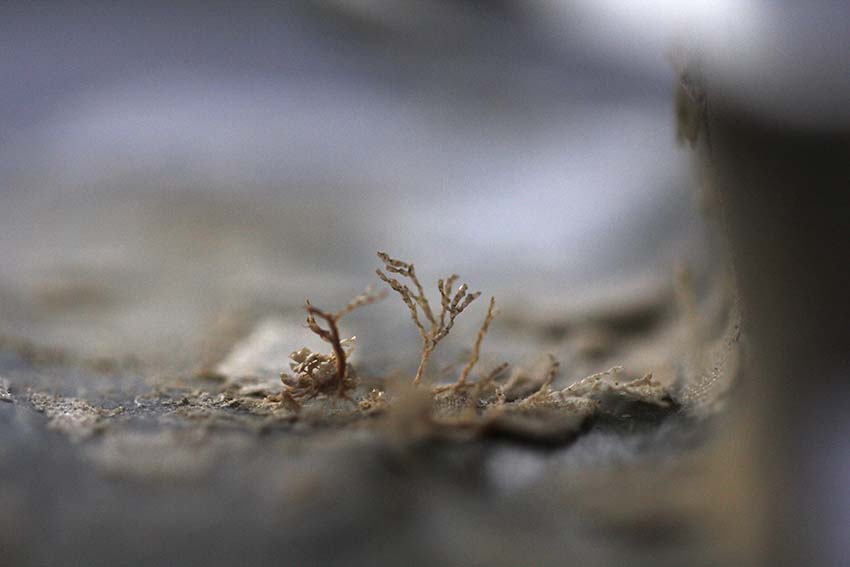 This experiment proposed to explore how to regrow the algae on the surfaces of the warped plastics. By producing a living organism like algae, and by demonstrating how a ‘non-living’ and ‘dead’ material such as plastic could interact with marine environments to support life, my intention was to promote wider realisations that plastic still exist after disposal, and that they have lives.

This experiment sought to visualise the findings of Experiment: A Typology of Marine Organisms in more materially engaging and evocative ways. It sought to demonstrate ideas of the more natural and live nature of plastic waste realised in this experiment. 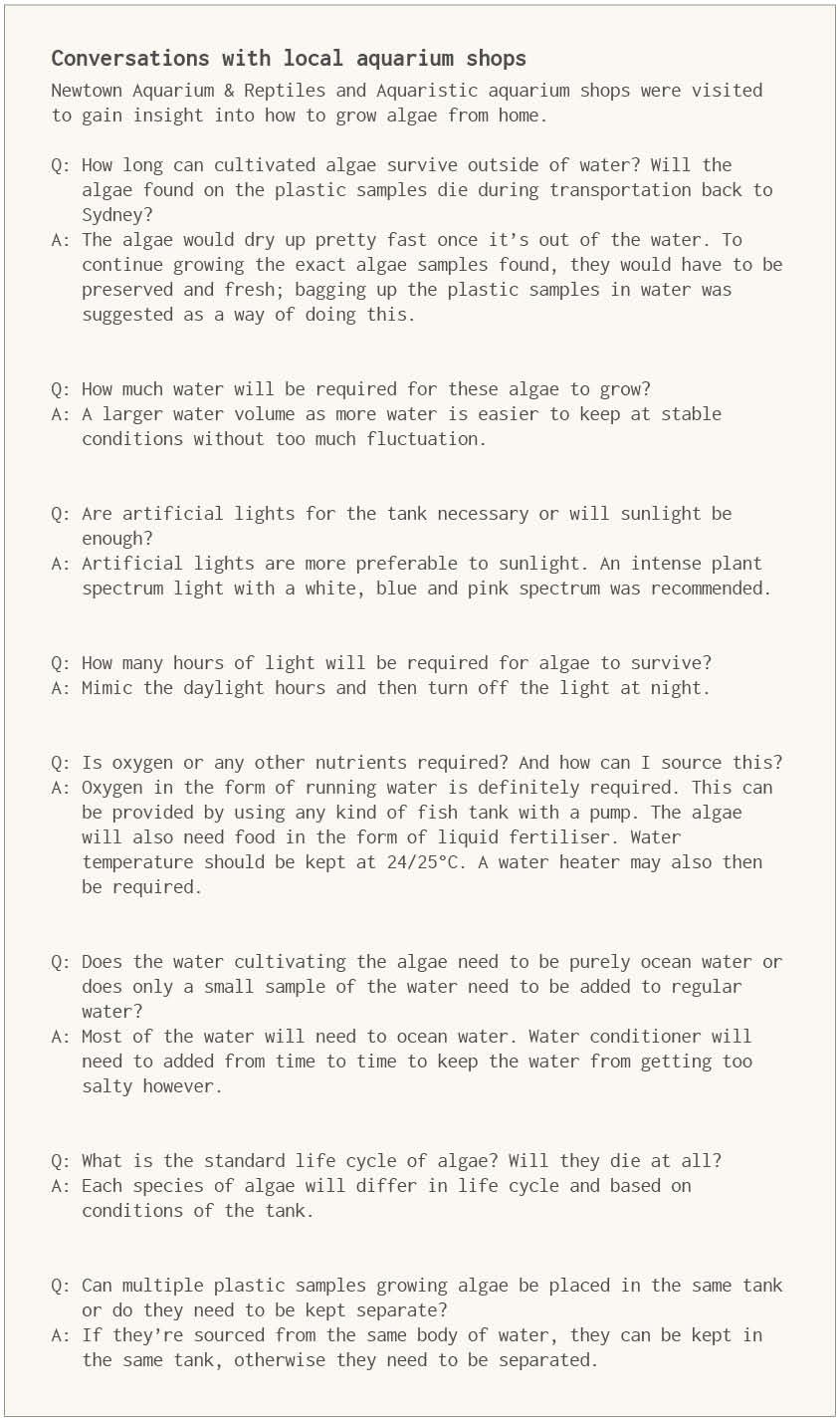 Without knowing much about the process of growing algae, I drafted a plan in which the algae found on the plastics could be regrown in a fish tank with the right conditions. To find out if this experiment was even possible, I consulted local aquarium shops and algae experts; I asked questions such as the conditions the algae needed to survive, whether the algae could be regrown and whether the algae would self-propagate.
‍
However, after conversations with algae experts and professionals (Figure 22), it became evident that re-growing the existing algae would be impossible as they had already dried out and died. To go through with this idea, a large amount of manipulation on my part (such as finding an algae sample to glue onto the plastic, and supplying it with CO2 and oxygen) would be needed.

This experiment highlights my attempt to introduce more layers of meaning to these plastics in order to facilitate consumers interpreting these plastics ecologically. Specifically, it demonstrates my consideration of the lens of liveliness and of plastics as being alive as a potential pathway for accessing this. However, the original integrity of this experiment—which planned to re-create a natural, spontaneous process—became compromised with micro-managed and artificial processes. This experiment was thus abandoned.

While no outcome was made for this experiment, thinking through and imagining a living, plastic, generative system had potential to tangibly demonstrate the afterlives of plastic waste. This idea of an independent plastic life existing outside of and without humans was an idea I wanted to pursue further, and was explored later in Experiment: Automated documentation of plastic.