A Typology of Marine Organisms 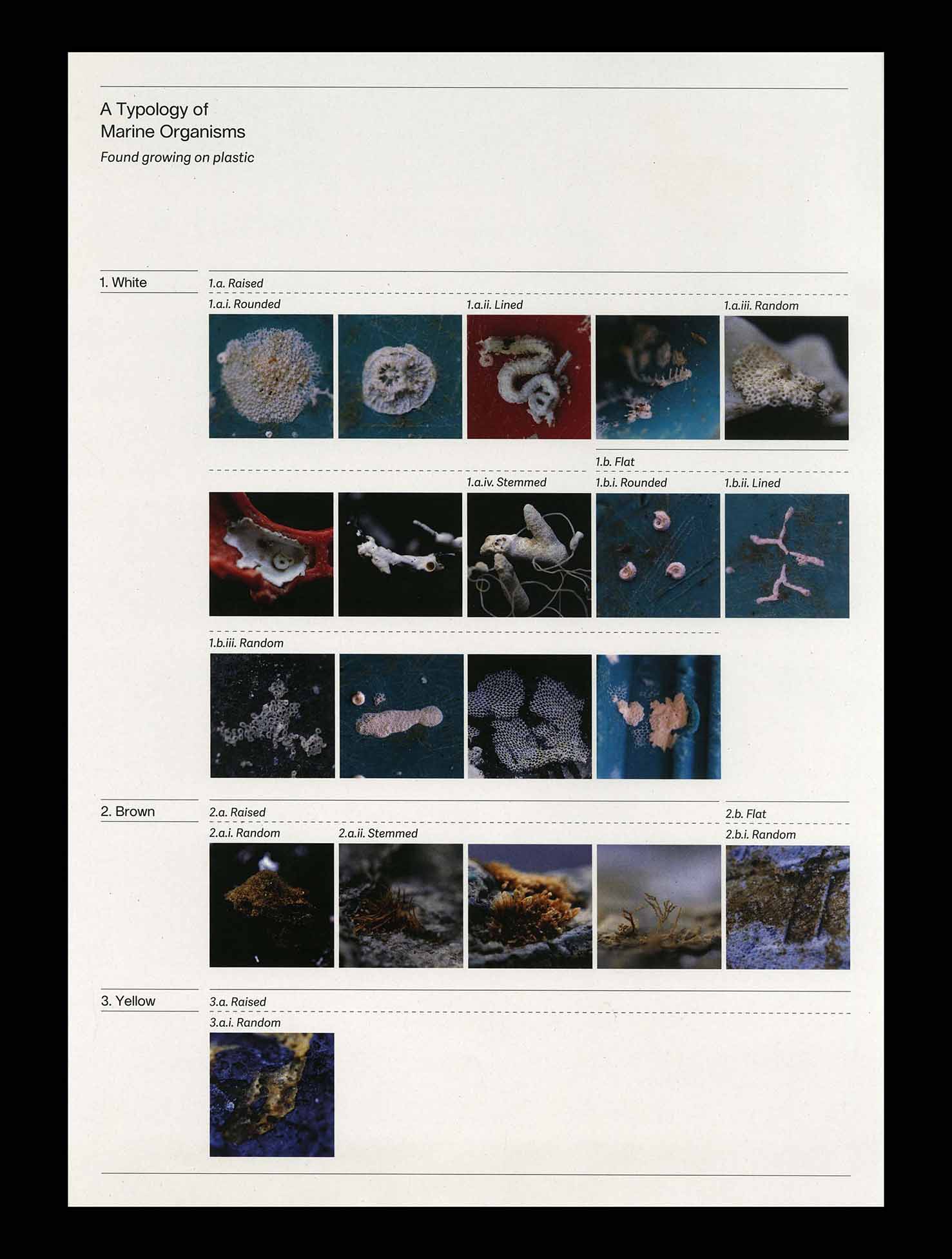 This experiment sought to highlight the often unseen ways that plastic and nature interact after disposal. It sought to communicate this phenomena as a way of promoting considerations of plastic as a material. This was executed through identifying the presence and diversity of marine growths found on the surfaces of the warped plastics.

This experiment responded to the need for more obvious portrayals of the warped plastic from Experiment: A Visual Catalogue of Plastics. 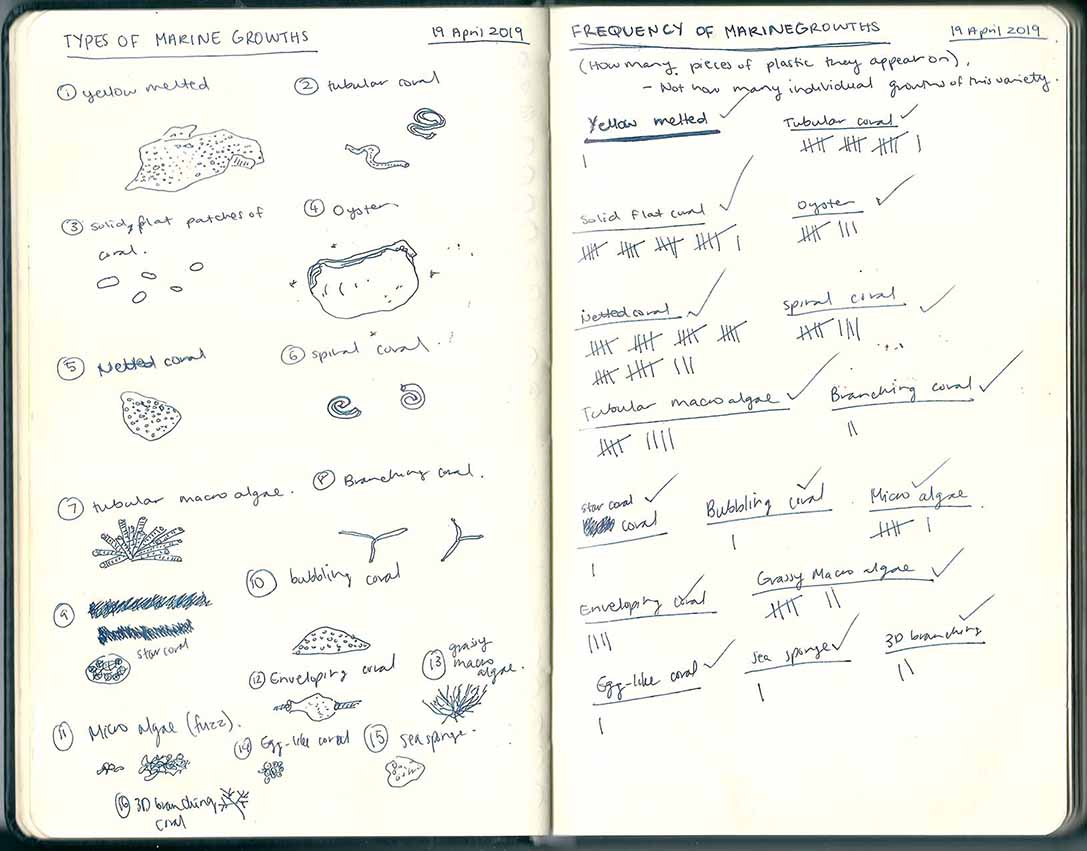 Each plastic was visually observed, and any marine growths found on its surface were noted (Figure 11). The fact that I knew little about marine organisms meant that I could not identify the growths by their scientific or biological names, nor could I discern whether similar types of growths were different stages of the same species or different growths altogether. As such, descriptions and identifications of growths were based on language I had access to; colour, shape and texture. As I became preoccupied with noticing the similarities and differences between growths, a hierarchical and categorical way of displaying and sorting the plastics was developed.
‍
The narrow gaze of the macro lens identified and captured these marine growths, and was used to visualise these categories. The outcome of this experiment (Figure 10) is referred to as a typology rather than a taxonomy as it compares and juxtaposes between formal types (colour, shape and form) rather than biological methods of internally taxonomising.

Feedback for this outcome from supervisors was that it was too abstracted to be able to incite ecological thought from consumers. The use of a macro lens completely obscured that it was plastic that these growths were living on. It would require huge leaps of interpretation for consumers to move from looking at marine growths on plastic to considering the liveliness and longevity of plastic waste.
‍
This was also in part due to the structured and ordered way these growths were presented, which hid the excitement and wonder that observing these plastics brought forth. My intentions of communicating the liveliness of plastic thus became subsumed by a preoccupation with identifying and categorising the marine growths found. This reliance on methods of analysing, ordering and categorising in this experiment—methods common to scientific fields—reflected an objective approach to the representation and treatment of plastics in this research so far. This made me realise that I was caught up in finding ‘facts’ about the plastic to establish order rather than focusing on visual strategies that would excite, unsettle and draw responses from consumers. Moving away from scientific lenses of visually presenting plastic was therefore necessary.

The process of engaging with the marine growths did, however, introduce understandings of the plastic as ‘alive’, capable of supporting life and as entrenched within natural ecosystems. This began to shift my understandings of Bennett’s concepts of liveliness as being more than the plastic changing, and is explored further in later experiments.
‍
The reflections of this experiment also highlighted and inspired a turn towards more playful and imaginative portrayals of the plastic in order to move away from scientific and fact-based approaches.