A Visual Catalogue of Plastics 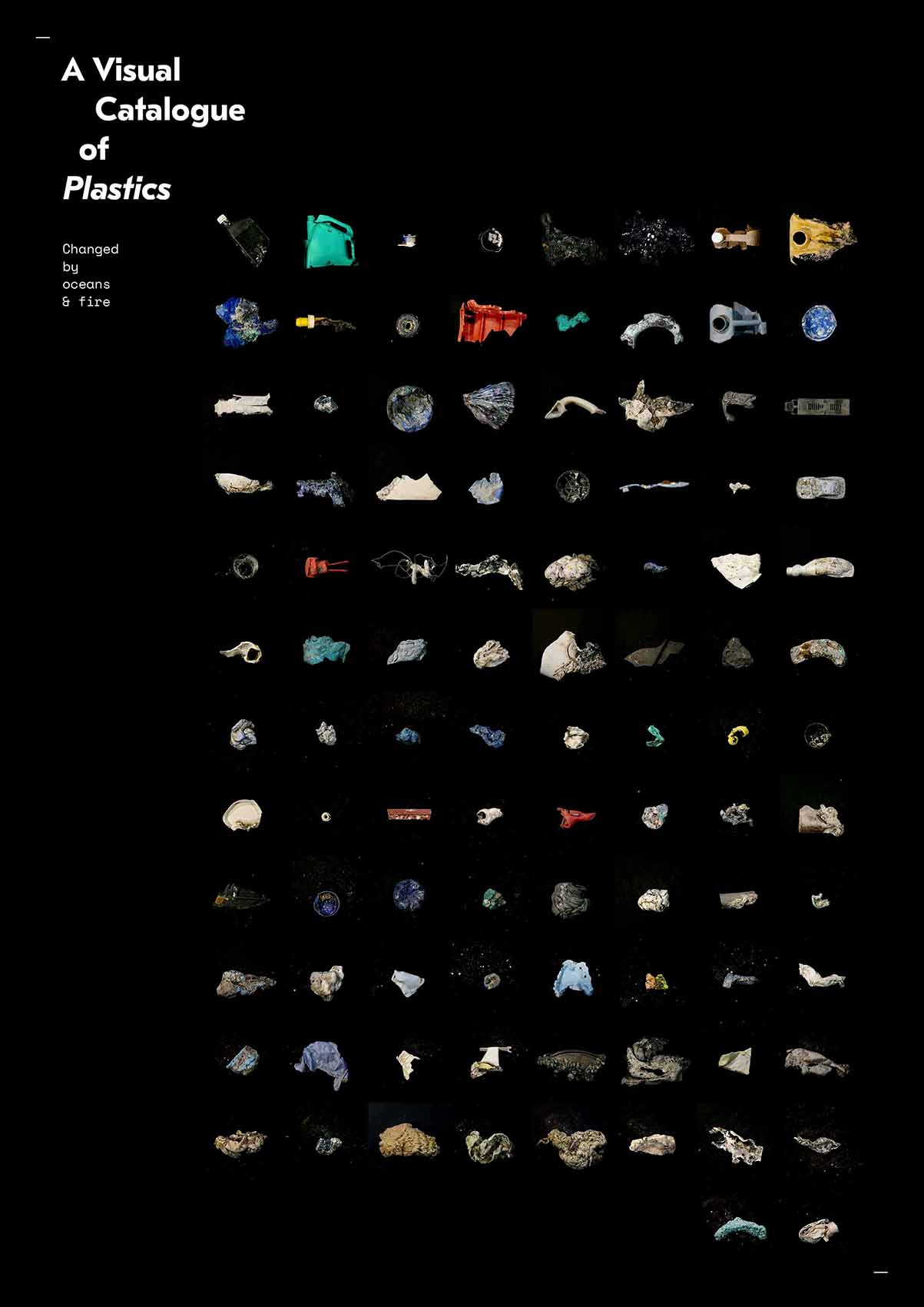 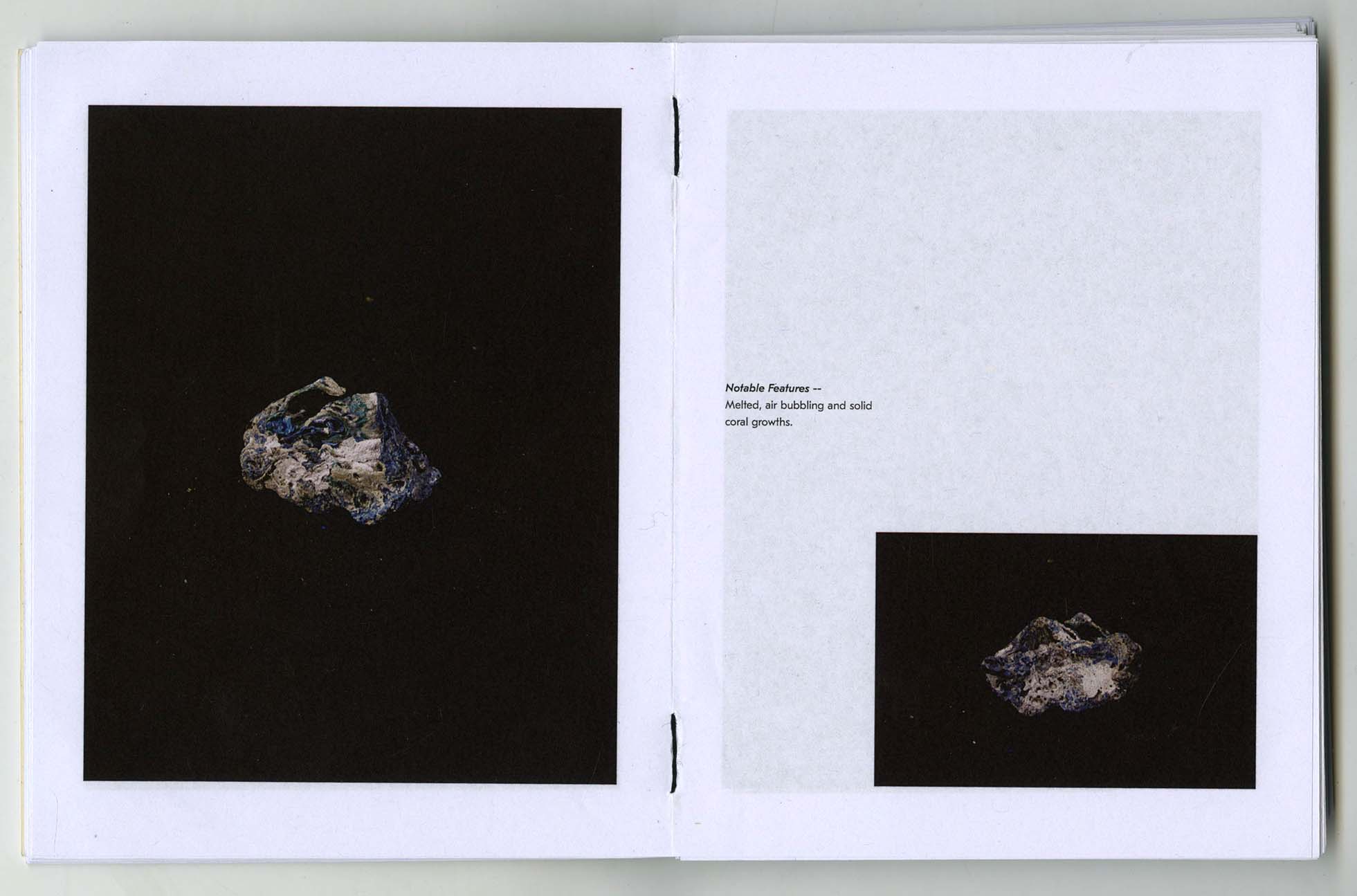 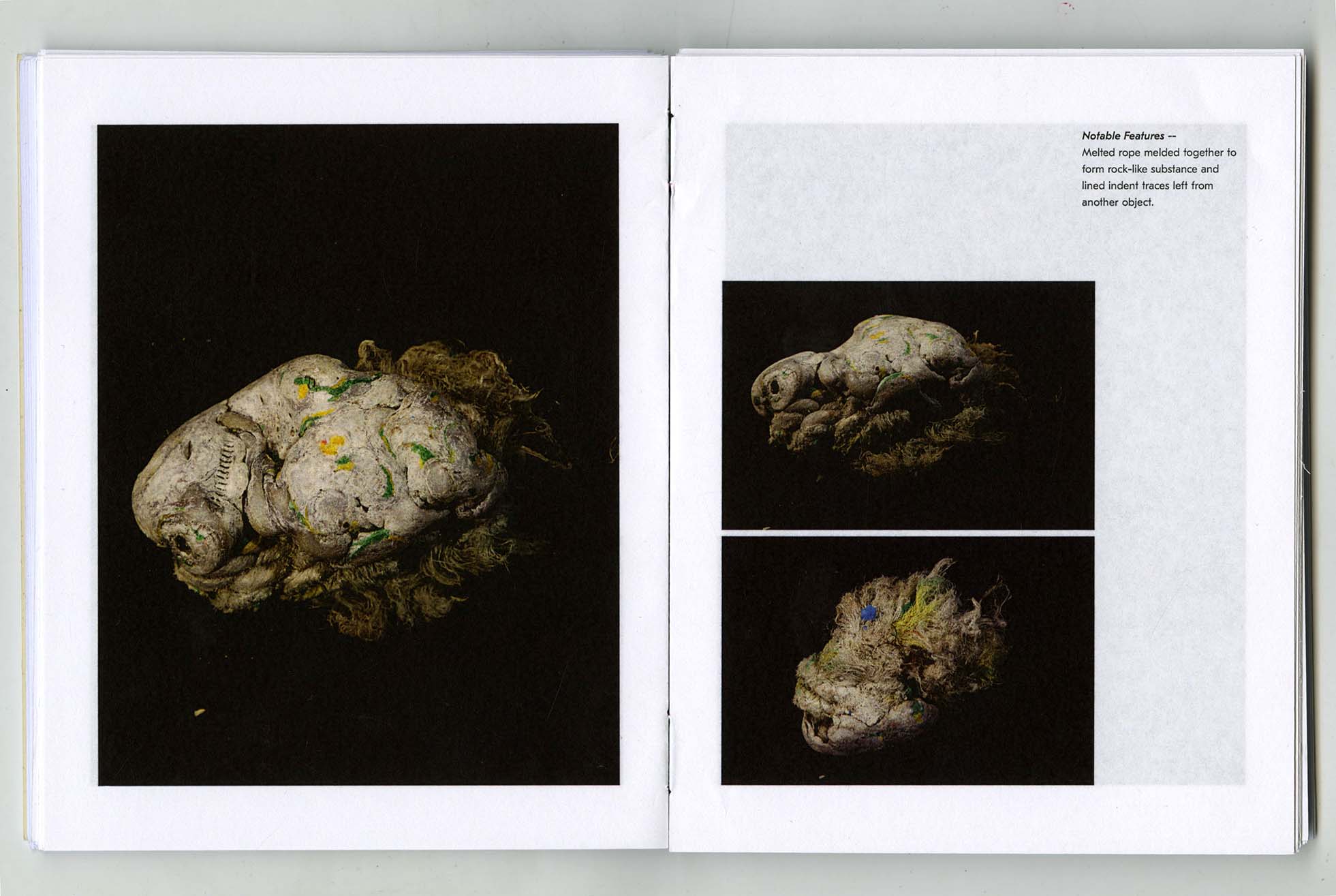 This experiment sought to document and display the warped materiality of the plastics in ways that made their ‘liveliness’ (Bennett, 2010) apparent. It assumed that systematically observing the plastics would reveal more engaging ways of framing and presenting them to consumers.

Figure 8
Bags of plastic debris at the Eco Barge site. 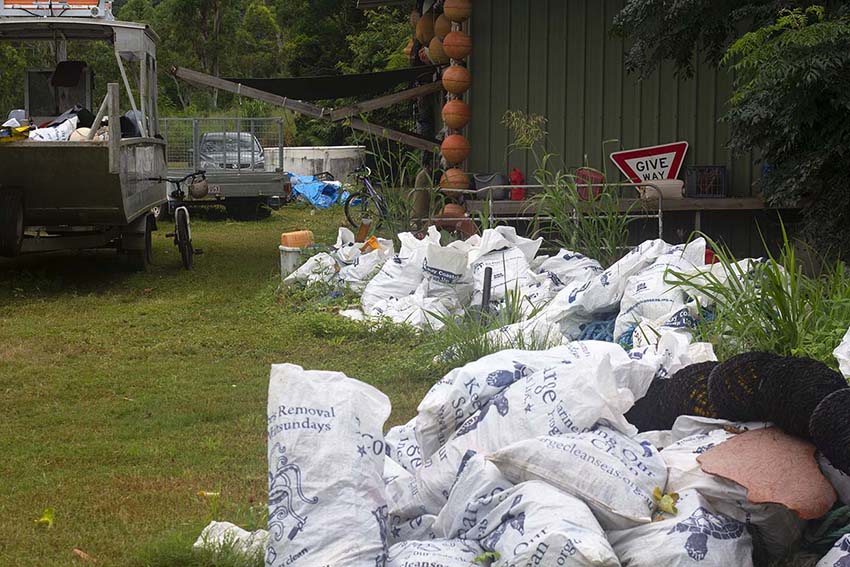 This experiment occurred after visiting the Eco Barge site and collecting more samples of warped plastics. This process of collection was incredibly manual, involving sorting through the many bags of plastic debris collected from their clean-up expeditions to find instances of warped plastics (Figure 8). This proved to be a messy and chaotic experience—set outside in tropical temperatures, surrounded by crickets, spiders and frogs who intermittently interrupted this process. The large amount of plastics collected and the chaotic experience of their collection influenced the way these plastics were approached in this experiment, which imposed systems and order back onto the plastics.
‍
While Experiment: Live Matter used photography to document the existence of post-use warped plastics as whole forms, I focused my efforts in this experiment to capture and understand how these plastics had warped, and why they were significant. This experiment also draws from the style of photography present in Mandy Barker’s Soup: Fragmented Cups (2012).

Figure 9
Notes systematically detailing the warped characteristics of the plastics. 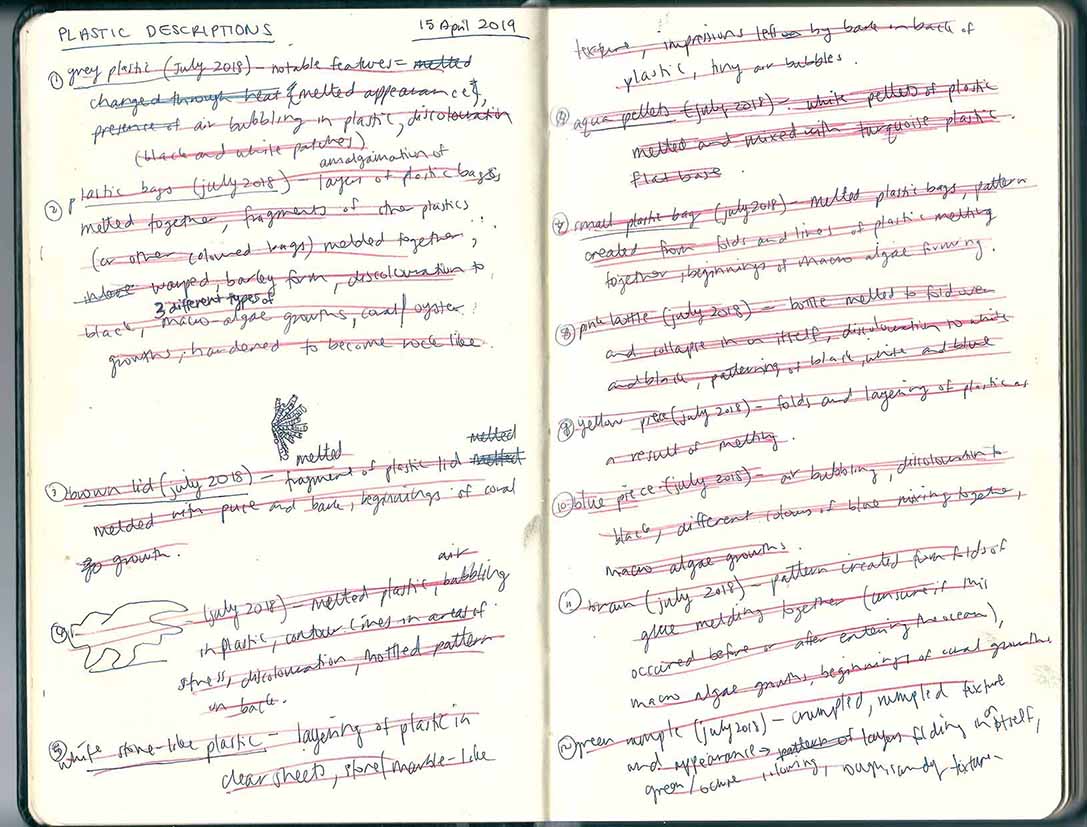 To identify the material warping of these plastics, I underwent a systematic process of observation and note-taking (Figure 9). Samples were observed by eye and notable features were recorded. These descriptions were compared and a uniform language, or naming convention, was developed. The descriptions for these characteristics moved away from exact scientific or material jargon. Instead, I used language that I, as a non-scientist, was familiar with: adjectives such as ‘netted coral’ and ‘bubbly’.
‍
The plastics were photographed on a black background to move away from associations with product photography in the previous experiment. The movement of plastics on and off this darker backdrop made them shed small microplastics. This provided a ‘floating’ aesthetic to the photographs similar to Barker’s; as if they were submerged in deep sea or in space.
‍
The photographs of the plastics in this experiment were displayed comparatively in a poster format (Figure 5). I knew, however, that the poster was a limiting form; the observations I had noted down could not be included in this outcome. I thus made an accompanying book to act as a compendium of these noticeable qualities, with annotated text serving to highlight the lively qualities of the plastic (Figure 6 & 7).

Observing these plastics in more detail revealed the unseen landscapes that these plastics had become. This began to remove me from stereotypical consumer associations of plastic—as a staid object for human use—and opened up my imagination to realise that these plastics are entities rich with interaction and liveliness. The lens of the camera elevated this, and animated these plastics as subjects rather than objects; as things that were worthy of attention and interest. This process of observation began to shift my perspective outside of human worldviews, as it made me realise just how “entangled” (Tsing, 2015, p. viii) plastic waste can be with its environment outside of human contexts. This demonstrates that it was interacting with and handling (Bolt, 2007) the plastic which facilitated an ability to see the plastic as more than a consumer object.
‍
The way these plastics were photographed ultimately reflected how I perceived them; as beautiful in their materiality. A concern voiced by supervisors and other academics, however, questioned whether this beautification would entice consumers to want to stop consuming plastic. My approach to photography which ‘staged’ these plastics like art thus needed to be reconsidered.
‍
The way the warped characteristics of the plastics were identified in this experiment were also perhaps too subtle for a consumer viewer; it would require them to perform a detailed inspection of my outcome.

Moving forward, I had two goals; to make these hidden worlds of the plastic more obvious, and to do so in a way that treated these plastics less like aestheticised objects of art, and more like lively beings. I hypothesised that using a macro lens would address both issues, as it would be able to capture the more intricate details of these plastics, and such a close zoom would eliminate the need for aesthetic backdrops and positionings.